This is Jonathan Feldman here with another episode of DisabiLife!

Last time, I began my discussion about accessibility in video games. I talked a lot. In fact, I had so much to say, that I only had enough time to get through audiovisual accessibility!

So in today’s segment of DisabiLife, I’ll be continuing where I left off last time, with how games have been made more playable in another way: Mobility.

Video games are played in a variety of ways. Controller, keyboard and mouse, motion controls — and the list goes on. However, many disabilities limit a gamer’s range of motion. Some can’t move their hands close enough together to hold a controller, while others may lack the finger dexterity to reliably push a button or move a joystick.

Difficulty reaching all the keys on a keyboard shouldn’t be the limiting factor on whether a person can enjoy a game. To achieve accessibility, developers have been working hard to come up with a number of ways to more easily maneuver their video game worlds.

One method can already be found in many games: Control reassignment. What this lets you do is change which buttons or keys perform which actions. For example, if a gamer’s right hand isn’t as dexterous as their left hand, they could assign most of the needed actions to keys on the left side of the keyboard.

Beyond control reassignment, there are are alternative control options — letting you use controllers that are more comfortable to you than the one that was originally made for it. For example, when the Nintendo Wii was released, its unusual controller size and scheme left many disconcerted. So, Nintendo released the Classic Controller for the Wii, which simulated the design of past controllers that gamers were more familiar with. Another example includes Sony, who also allow users of its PS4 console to instead utilize a keyboard and mouse in place of its standard controller. This is often preferred for gamers who are more comfortable with a PC gaming setup.

More recently, alternative control options even include controllers made specifically for disabled gamers! There are now more examples than ever of accessible gaming controllers that you can check out. 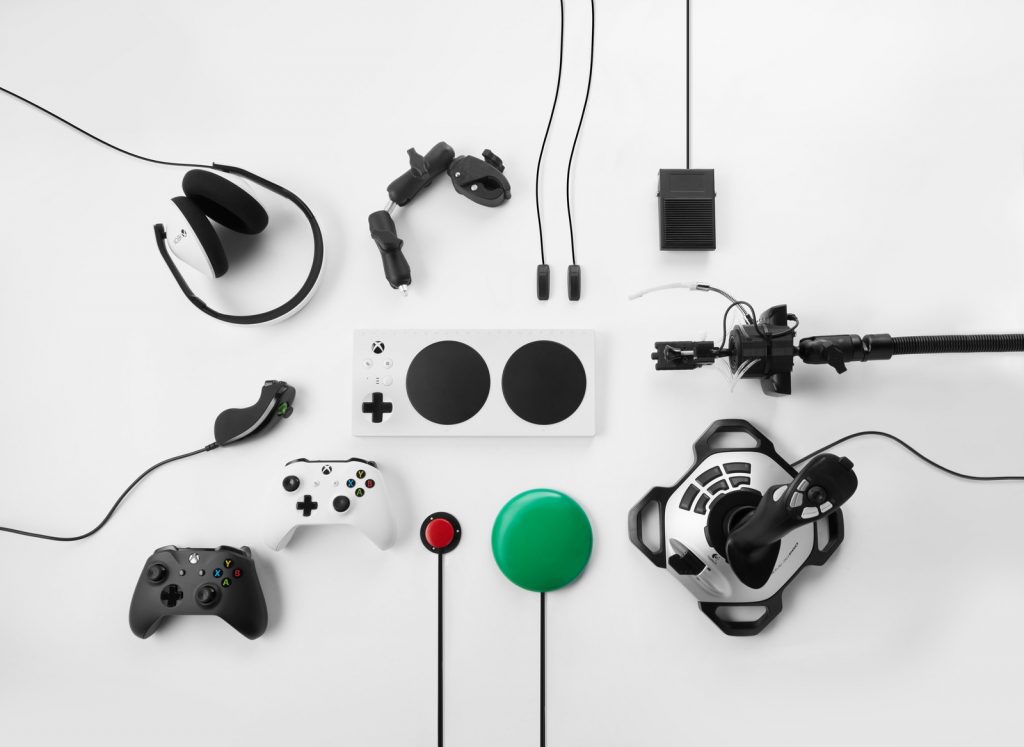 Xbox made huge strides for accessibility in gaming by putting so many resources into developing its Adaptive Controller, shown above (center).

One of the most popular controllers made specifically for disabled gamers was released in 2018: Microsoft developed the Xbox Adaptive Controller, or XAC, for use on their Xbox One and PC platforms.

The XAC consists of one large controller pad with larger buttons and directional pad, as well as multiple assistive input devices, which are smaller single-button devices that plug into the main controller. Each button can be assigned a different function according to the gamer’s choice, and can be placed wherever it would be most comfortable for that player to access them.

With an intuitive, adaptable controller like the XAC, gamers with severe limitations in their range of motion or reach can play at the same level as those without. (And a bonus perk: It retails for around $100 – far less than other adaptive controllers.)

This brings me to the end of game accessibility through mobility! Stay tuned for my next and final installment on video game accessibility, where I’ll discuss one last method of making games more inclusive for players of all abilities:

Until then, happy gaming!