Climate Change, Global Warming, and How I Help the Environment

People can change the world and fight climate change by making an effort to be greener in their everyday lives.

People can change the world and fight climate change by making an effort to be greener in their everyday lives.

The reason why people should help out the Earth is due to the long-term dangers of harming our planet.

Climate change and Global Warming are a major crisis, because as the planet’s climate gets warmer every year, hurricanes are becoming more powerful and snow is melting in the Arctic — which means there is less ice and snow for the animals there, and sea levels are getting higher. We should also be concerned with warmer temperatures and greenhouse gases; carbon dioxide, water vapor, methane nitrous oxide, and chlorofluorocarbons have caused damage to the ozone layers surrounding the Earth.

Conservation is the care and protection that wants to maintain the environment. Many wildlife plants and animal species are going on the verge of endangerment and extinction, since they are losing their natural habitats.

The natural habitats for many species are being removed. Deforestation, oil spills in the ocean, and massive wildfires have caused many natural habitants to be destroyed. Water is one of our planet’s most valuable resources; pollution of our oceans causes water critters to go extinct, and slowly starts affecting the global food chain. Wildlife conservation is very important for the future of so many animal species. 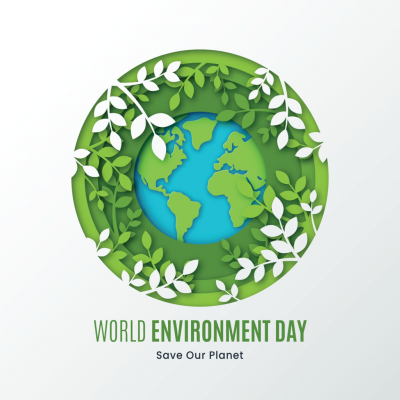 “Reduce, Reuse, and Recycle” are the elements that are referred to as the “Three R’s” that help people remember to recycle, and have fun while doing so!

Reduce is the idea of using less to begin with. Instead of buying cheap items that need to be thrown away and bought frequently, consider buying items which are more long-term and don’t need to be thrown away quickly. An example of this would be to buy a reusable water bottle, rather than buying packs of spring water in plastic bottles.

Reuse is the way that we can reuse things, rather than throwing them away. For example, you can reuse your shopping bags at the grocery store so you don’t have to use more plastic bags every time you go. Many items in our lives can be reused, from clothing to furniture. By donating your old items, these things can be given to someone and have a ‘second life’, instead of piling up in landfills.

Recycling is the best way to conserve specific items that can be saved and turned into other items for reuse. These items are plastic, glass, aluminum, cardboard, electronic equipment, and paper-based items. New products can be made from these items if they are recycled. Without recycling, these items make it into landfills — which are filling up all over the world, and are problematic because some of these items never break down naturally. By throwing appropriate items in the recycling instead of the garbage, we can avoid further polluting the earth, and find new ways to use those products.

Sometimes, you can even make new goods out of recycled materials that end up being better for the environment in the long-term! For example, in Europe and Asia, there are efforts to use dried seaweed for creating other materials. It can be turned into soap, glue, fertilizer, or even medicine. Dried seaweed grain is actually very good for cows, as well; allowing females to give birth faster and produce more milk. This is because dried seaweed can absorb carbon in the water as food. It may also help sequester carbon dioxide – another greenhouse gas – and reduce ocean acidification.

The basics of recycling: One ton of paper saves 17 trees, 7,000 gallons of water, two barrels of oil and 4,000 kilowatt hours of electricity!

Being environmentally-friendly doesn’t end with recycling. You can also work hard to find alternative ways to go into your community — rather than driving a car, which releases toxins into the air and requires fuel.

The vehicles that cause the most pollution are trucks, buses, and trains because they use a lot of gas and cause toxic emissions. Buses can be seen as good because they lead to less people driving separate cars, which limits the number of vehicles on the road and reduces the environmental footprint… but having to rely on gasoline still isn’t ideal. Hybrid buses are being developed so that these vehicles won’t have to rely on diesel fuel in the future, which is a great way to go green. Meanwhile, train technology is getting better; modern trains are more sustainable, cause less CO2 emissions, and consume less energy.

More and more young people have decided to use bikes for transportation, since it provides the opportunity to be healthy and eliminate the need for fuel and pollution. Electric bicycles have become more popular in modern years, as well, because they don’t release harmful emissions.

Electric, eco-friendly cars are being invented in order to create ‘greener’ transportation. In the 2000’s, Hybrid cars became the answer to ending car pollution. Hybrid cars use less gasoline, and get better fuel economy by adding electric power that boosts the car’s performance in certain instances. In the 2010’s and 2020’s, we have moved to electric cars — which looks like it will be the future of transportation.

Another way to help your environment is to clean up the city by picking up trash, and making your area cleaner and safer for your community. People often litter trash into the road or the ground, which harms the environment and makes our communities look dirty.

It’s important for everyone to do their part in saving the Earth by volunteering to clean up their environment so they can eliminate pollution in the city or the beautiful landscapes of the atmosphere.

There are often ocean clean-ups that you can take part in.

Solar energy is another alternative to help the environment. They will soon become the next generation of power, removing the need for fossil fuels – which are terrible for the planet. If there’s a house with solar panels, it stores energy from the sun without using electricity or conventional fuel. This is growing more common in suburban areas.

If you think about it, solar energy is incredible because it is the most abundant energy source in the world.

Spreading Awareness about the Environment

In recent years, Education has been focused on Earth Day and other kinds of environmental awareness at schools. This allows teachers to help students learn about how to preserve the environment, and learning the history behind how the Earth ended up this way. Students can make a huge impact on spreading awareness. After all, with the knowledge we have now, it’s up to future generations to be better to this planet than previous generations.

Environmentalism doesn’t have to center around Earth Day; it can happen all year long. People of any age can have an impact on the environment by making their own personal spaces ‘greener’ every day, and encouraging others to do the same. There are so many different ways people can take personal responsibility in caring for their environment – such as recycling, doing city clean-ups, and using alternative modes of transportation. If you care about the future of the environment, then please remember to Reduce, Reuse, and Recycle!